Horikawa started out as a child actor in elementary school. He made his debut in voice acting as Kenta Hirono, the protagonist of the 1984 anime Dream Soldier Wing-Man. From there, he became famous for his anime character roles as Andromeda Shun (Saint Seiya), Reinhard von Lohengramm (Legend of the Galactic Heroes), Vegeta (Dragon Ball series), and Heiji Hattori (Detective Conan). He is also well known for his game role as Captain Falcon (Super Smash Bros. series). His wife is also a voice artist. He is also a fluent English speaker. 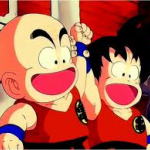